It’s Not the End of the World was a game started for my senior capstone project. I served as lead developer for this project.  I designed up the architecture of the game, and designed the skeleton whenever a new feature was about to be introduced that my team mates would fill in with more specific code later.  My greatest personal achievement out of this project was my procedural terrain generator based on Perlin Noise.  The mesh generator and the desert generator are linked as a sample of my coding abilities.

Note: weird green and purple lines in the images are Unity artifacts.  They did not render in-game.  Also, the lighting is a little off as these are not in-game shots.  They are zoomed out views, and the light is from a point light that followed the player around.  The speckles are trees, rocks, and other decorative objects that made the terrain seem more realistic.

Samples of terrain generated by some of the code linked above: 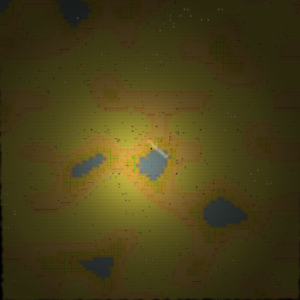 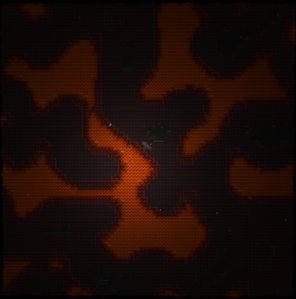